- August 21, 2014
Pro·tag·o·nist
[prōˈtagənist]  : the main character in a novel, play, movie, etc.
To break down the definition of the word "protagonist" to middle school students, I explain that the protagonist is the "good guy" in the story and the antagonist is the "bad guy".  Some synonyms include - hero, white knight, and champion.  Of course, the more we read the more we know that it is never that simple.  There are a few stories where our protagonist has flaws, but we still identify with and applaud him or her because they are basically "good".  A student asked the other day who I thought was the protagonist in "The Crucible."  I thought for a second, I would say John Proctor, what do you think? Though he was certainly not perfect [you know the whole adultery thing] in the end, he still wanted to protect his wife from the accusations of witchcraft. 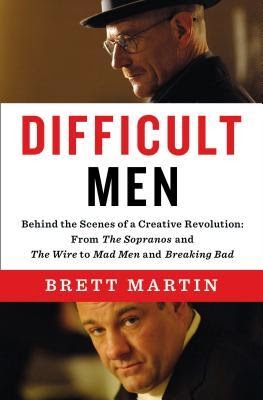 When I have time, I enjoy several period pieces on television like Mad Men set in the 1960's-70's and Halt and Catch Fire set in the 80's, where the protagonist in the stories, have serious flaws.  I am still capable of identifying with the characters despite the flaws.  However, I have recently seen a new series called Tyrant and I instantly connected with Barry or Bassam the main character.  But the more I watch the more disturbed I am that I have identified with him.  The theme seems to be "the end justifies the means."  So, should we kill one person in cold blood to save one hundred? One thousand, a city, a country?

To read more about these Protagonists or Antiheroes

Where Have All the Good Guys Gone?: On Game of Thrones, Mad Men, and Antihero Fatigue
http://www.bkmag.com/2014/04/28/where-have-all-the-good-guys-gone-on-game-of-thrones-mad-men-and-antihero-fatigue/

Difficult Men: From The Sopranos and The Wire to Mad Men and Breaking Bad by Brett Martin – review  The inside story of how the best TV series of the last 20 years came to be made
http://www.theguardian.com/books/2013/sep/18/difficult-men-brett-martin-review
http://www.npr.org/2013/06/30/197229894/the-difficult-men-who-propel-serial-tv