Connecting Past, Present, and Future 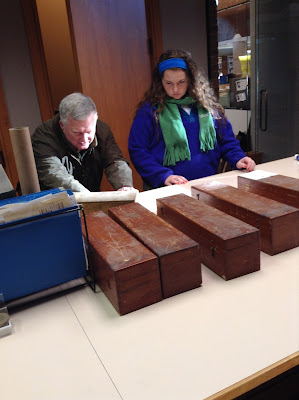 
Next year will be the 100th anniversary of the United States' entry into World War I.  Students at The Webb School in Bell Buckle will have unprecedented access to primary sources relating to the war thanks to our current archival project.


Last week history teacher and resident historian, L.R. Smith came with his upper school "World Wars" class bearing gifts to The Webb School Library and Archives.  The items he brought to us were glass slides from both the turn of the century and the first world war. Mr. Smith had rescued the slides from a flooding basement on campus some 37 years ago and has kept them in a safe place for all of those years.  He also rescued the original projector for the slides.


With the help of our archivist, students are cleaning the slides, writing descriptions, and accessioning the slides.  Mr. L.R. Smith has been an invaluable resource in identifying everything from landscapes, military uniforms, and breeds of dogs. 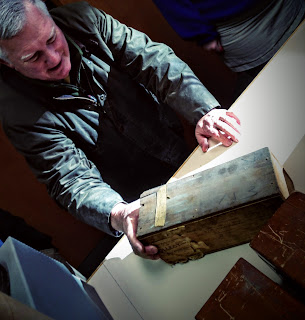 A large part of the slides collection is from a World War I speaking series developed by Woodrow Wilson's Committee on Public Information (CPI) to manage news and solicit support for the war. Under the direction of George Creel, the CPI organized the “Four Minute Men.” a group of orators who spoke for four minutes at theaters as the film reels were changed.


More on the Four Minute Men 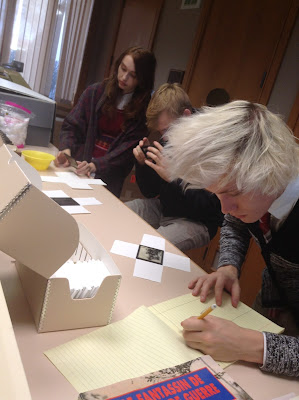 from - National Archives Records of the Committee on Public Information

More on the Anniversary of World War I

From satin to khaki: Women join the Military Preparedness Movement of 1916

Teaching With Documents: Sow the Seeds of Victory! Posters from the Food Administration During World War I 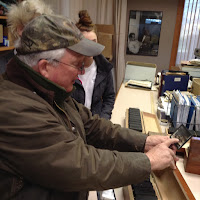 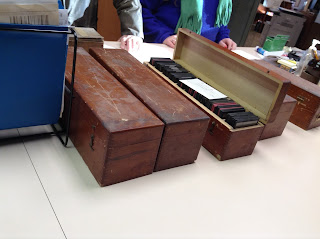 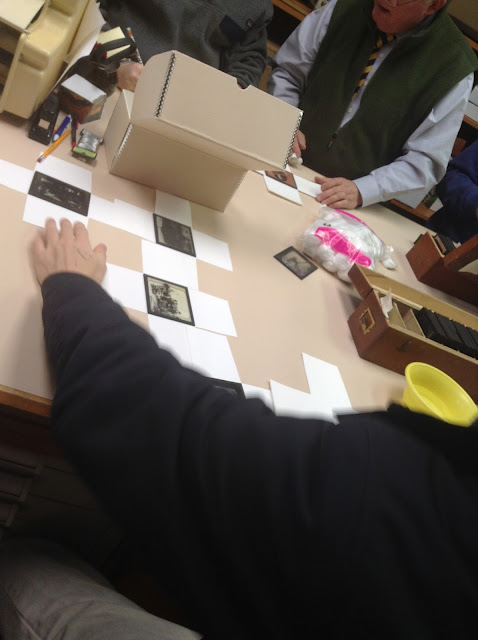