Memorable Moments From the Summit

"No better troublemaker than a Librarian"

Oh my! "librarians gave me great help.  They are  Keepers and Dispensers of knowledge. I am grateful to librarians"

After the war, President Harry Truman told the much-decorated, all-Japanese 442nd Regimental Team: “You fought not only the enemy, but you fought prejudice—and you have won.”

People created our democracy, people have also caused some of our greatest tragedies - "my father  who suffered the most taught me the most about democracy" 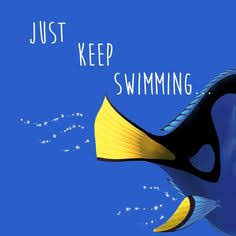 Two teachers from Marjorie Stoneman Douglas HS are still visibly affected by the grief of the tragedy at their school  "It was  Valentine's Day" they speak about empowering their students for Journalism, Debate, ...

Regarding confirmation bias - interesting experiment feeling versus thinking - "know your bias, bias is a human thing"

Certifiably Sustainable: School Librarians Lead Out Loud! @Rebekkah My graduate program had a course that covered the core values of librarianship. ... "the why" https://knowledgequest.aasl.org/real-librarians/ … via @aasl

A Woke Book must - Challenge social norm, give voice to the voiceless, info for a disenfranchised group, seek to challenge the status quo, have a protagonist from underrepresented or oppressed group @cicelythegreat #readwokechallenge #sljsummit2018

freedom to read future stereotypes Twitter YA authors YA lit