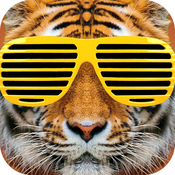 This morning on the news I heard a report about a new social medium designed for those building a college admissions resumé.  I could not find the site that was mentioned, instead I found many articles about an 80-college coalition for a new kind of college application.


I had mixed feelings about this, and immediately thought  - will this kind of "packaging" help the students who are already at an advantage and possibly hurt those who are disadvantaged?

Back in the spring of 2008 I gave a presentation to a group of high school and college librarians at Belmont University at a forum called Conversations @ Belmont.


"Facebook Generation: Marketing the library to a socially networked society"

In 2008 using Facebook at all was an edgy sort of thing for school librarians. That same year I attended a YALSA symposium in Nashville where Twitter was introduced as a great way for librarians to microblog, [what ever that was.]  Sometimes I have a hard time imagining how certain social media will eventually catch on, and become "useful."  I know that I asked - Why do I want to have a Facebook, why do I want to have a Twitter, what is the purpose?  I find myself asking the same question about so many of the new social tools.  I also wonder about the longevity of some of the tools.

It took me a little while to decide to add an Instagram account to my library's social media communication.   And just this week I have found that some authors are Snapchatting their fans, which really surprised me.  I personally don't "love" Snapchat, I am completely uncoordinated and have a hard time taking a picture and adding the text and then it disappears! All of my hard work snapping pictures and adding text and it disappears!  Also about the time I become proficient with a particular social medium, it's considered passé.  So, seven years ago Facebook was edgy and now Facebook is for grandparents, or so that's what my students tell me.

One thing that hasn't changed, you must keep on top of the research. Back in 2008 the research was revealing that social networking sites divided by demographic groups, and I believe that still might be the case.


"Danah Boyd, stirred up controversy once before, in 2007, by noting that during the period beginning in 2006 when teens began to flock to Facebook, teens’ preference for either MySpace or Facebook appeared to fall along lines of race and class."  http://www.technologyreview.com/view/419843/did-whites-flee-the-digital-ghetto-of-myspace/

"Snapchat is More Likely to Be Used Most Often by Wealthier Teens; Facebook Most Popular Among Lower Income Youth" See the latest data from Pew and the Internet -- Teens, Social Media & Technology Overview 2015 -http://www.pewinternet.org/2015/04/09/teens-social-media-technology-2015/

Youth and Media project, the Berkman Center
Pew and the Internet


I have an untested theory as to why certain products are "popular" to certain socioeconomic groups . For the longest time I did not purchase a smartphone because of rural connectivity issues.  And therefore could not get an Instagram. If teens in a lower socioeconomic group whose family could not afford a smartphone only an old-fashioned flip phone would not have access to something like Instagram. Also certain products work better on high-speed Internet where some groups maybe in rural areas or maybe cannot afford high-speed Internet must use less graphic-intensive social media sites.  It might all boil down to affordability and accessibility.  If teens cannot afford or access certain apps they may turn to other means.  I have noticed that apps like Kik and GroupMe are showing up where students can text others, despite their platform [IOS, Android, or simple text messaging]. 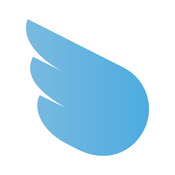 "a funny thing happened on the way to an authentic internet: Anonymity came back into vogue."

Another untested theory - the use of Snapchat among wealthier teens might actually have to do with a backlash against helicopter parents in suburbia.  Parents Over Shoulder, no worries this message will self-destruct.  There is a constant moving from one app to the next with wealthier suburban teens.  I don't know if this is 'running' from parents, a type of 'one-upping' in their social group or if it is simply development of cliques.  I hesitate to say -- "here is the latest app"  because tomorrow something different will emerge.

Here are two new ones to add to the list -

I really do not have an answer for what is next.